As PyTorch gains contributors and increases in commit frequency, TTS and job durations become more important to developers who need to iterate and merge their changes. However, as PyTorch grows, so does the number of tests and the time it takes to run those tests. Thus, we would like to monitor how test times change in order to determine trends for what may happen in the future, along with possible causes and how to mitigate the negative effects that increasing test times bring.

How to read the chart: 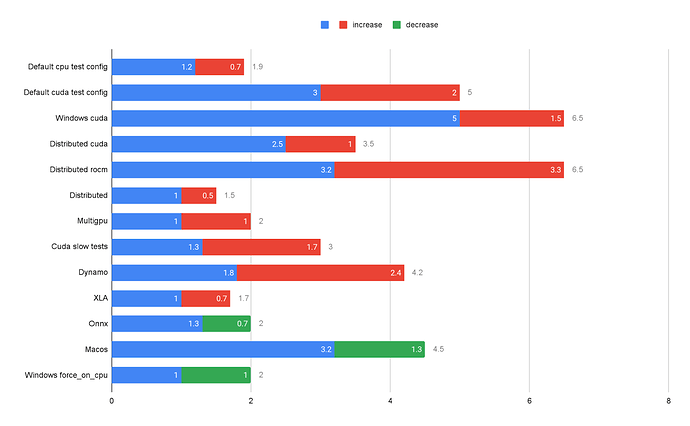 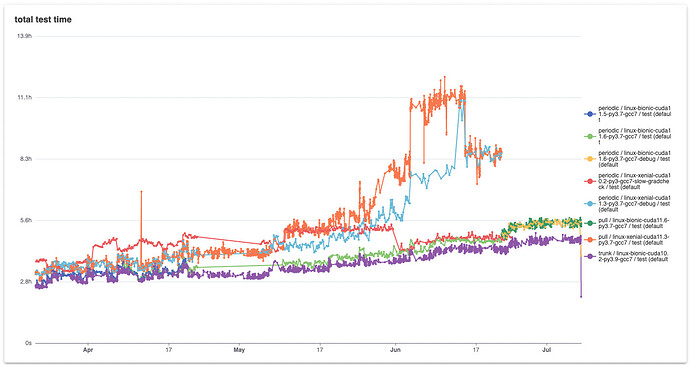 These test times have been very constant outside of major changes, unlike many of our other test times which generally grow gradually. It has been replaced by a focal, clang10 version which does not seem to have changed anything. 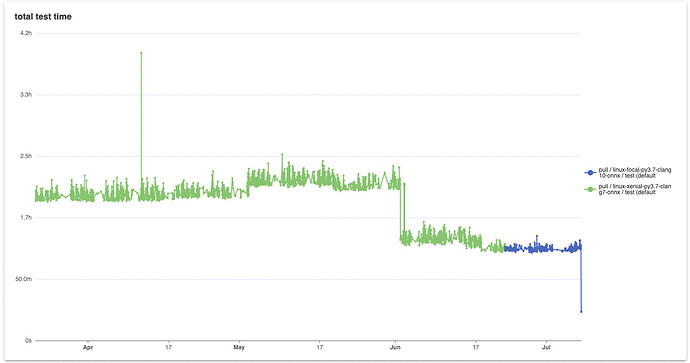 Like onnx, this test config does not show the usual gradual increase, but remains steady outside of major test additions. It has been moved to periodic recently due to lack of capacity and the increase in time. 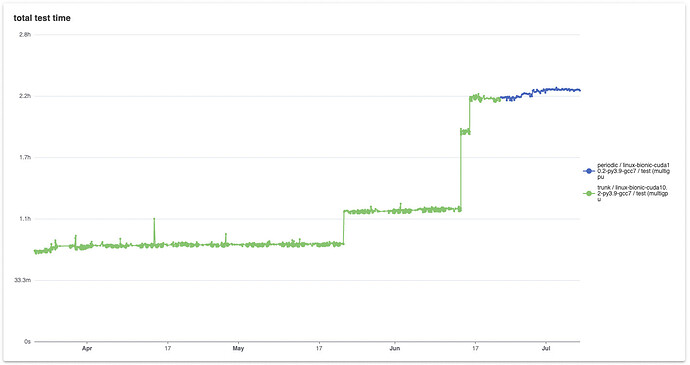 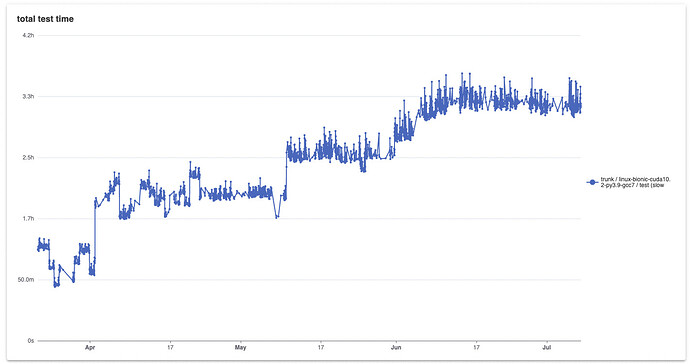 Previous wavelength was about 2 days, however it seems to have stopped this periodicity recently. One possible explanation for this change is that we are running fewer jobs on these machines, as we moved some mac jobs to periodic around that time (ci: Move ios-12-5-1-x86-64-coreml to periodic (#80455) · pytorch/pytorch@c8943f8 · GitHub). 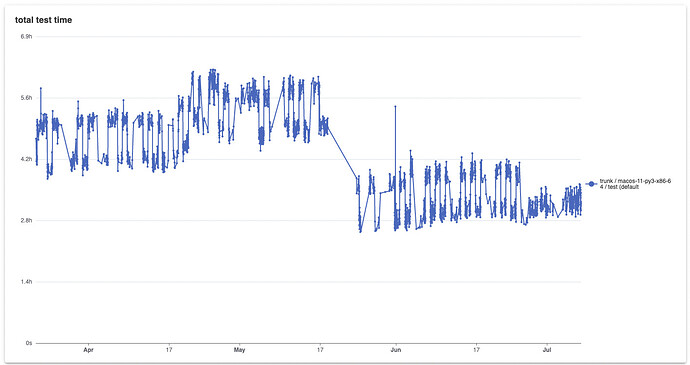 Like onnx, it shows sudden changes in test time, but no gradual increases outside of that. The first jump is due to enabling the xla tests (Enable xla test by JackCaoG · Pull Request #76565 · pytorch/pytorch · GitHub). The most recent increase was likely due to disabling the build cache and the decrease after that was due to re-enabling the build cache. 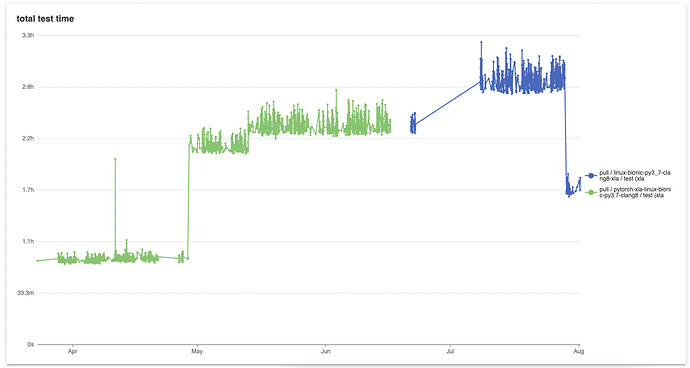 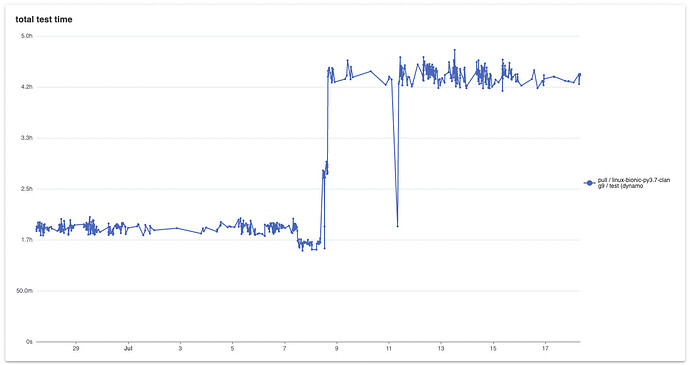 Slow increase over time due to adding test cases. Recently decreased due to refactoring of the testing technique to cut down time in FSDP tests ([BE][FSDP] Subtest prefetching in `test_mixed_precision_e2e_full_shard()` by awgu · Pull Request #80915 · pytorch/pytorch · GitHub). 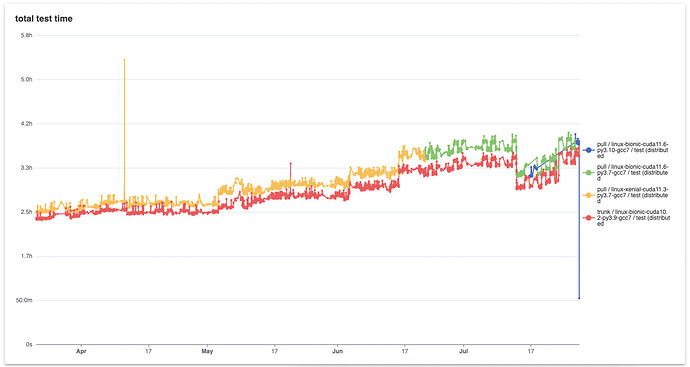 Highly variable, but generally increased, likely due to enabling more tests. There seems to be a few dramatic jumps as well. 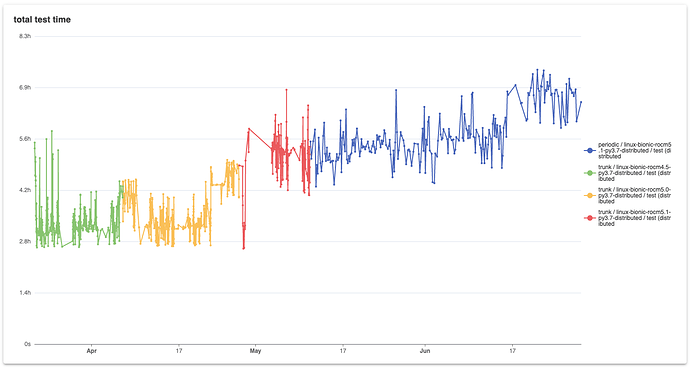 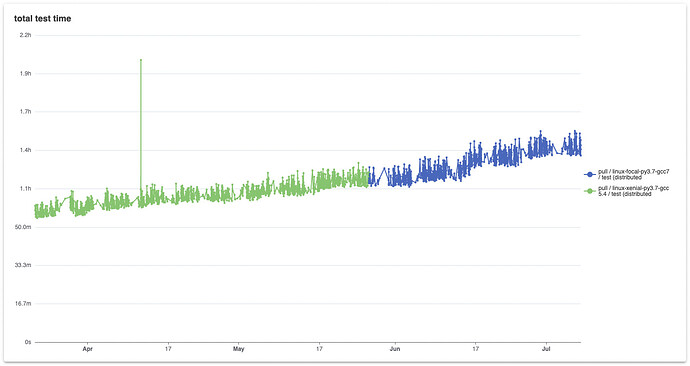 11.6 got moved from periodic to trunk late June (green → blue) and the test time increased. Like the mac tests, one possible explanation is that we are now running more jobs on those machines. 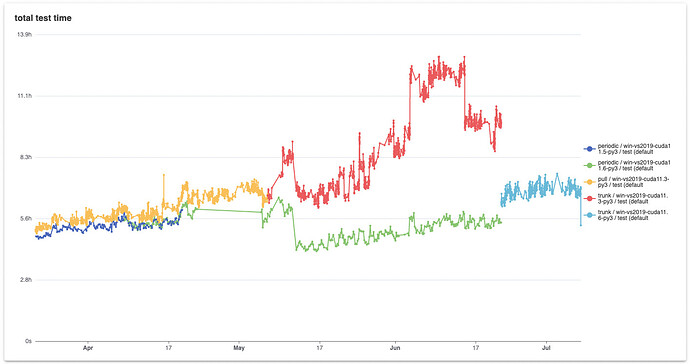 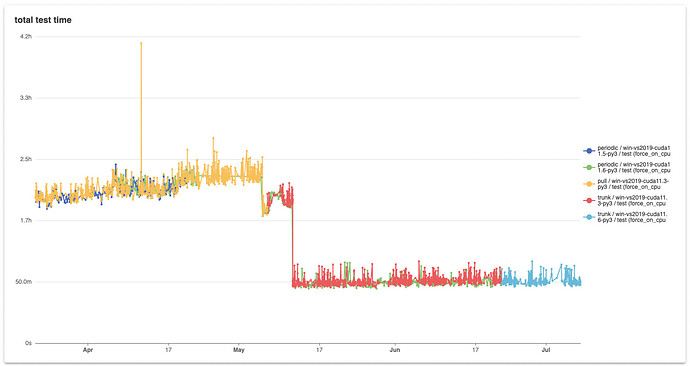